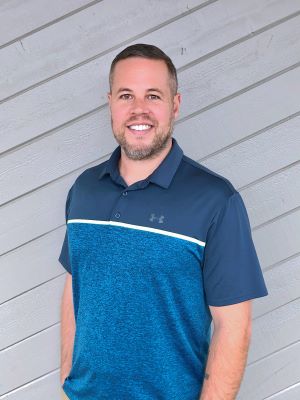 Dustin Diller became a Nurse Practitioner after seeing the need for practitioners who took the time to listen to their patients instead of just moving them through the system. He worked as an RN in the ER and ICU and taught critical care clinicals for over 9 years. But he realized there is a need to listen to patients and take time to treat the whole person instead of just prescribing a pill for every problem.

While he values traditional medicine, he also believes in alternative ways to treat chronic and acute illnesses. He believes that these alternative methods are often avoided due to lack of knowledge or just lack of time to discuss them. Dustin has personally reaped the benefits of alternative medicine, as he was dealing with some digestive sensitivities, and was able to benefit immensely from alternative dietary options.

He also believes in addressing not just physical health, but mental health also. His life verse is 2 Corinthians 12:9 which states “my grace is sufficient for you for my power is made perfect in weakness. Therefore, I will boast all the more gladly about my weaknesses, so that Christ’s power may rest over me.” Dustin believes that God can use your struggles- both mental and physical- and that He wants us to be healthy. Dustin is passionate about promoting health, and not simply treating diseases, and he is excited to partner with his patients on the journey towards a strong and healthy lifestyle.

Dustin has a Bachelor of Science in Nursing and a Master of Science in Nursing (Family Nurse Practitioner) from Indiana Wesleyan University. He has worked in Family Medicine, Pediatric Neurology, and the Emergency Department. He has certifications in Family Practice, Registered Nursing/Advanced Practice Nursing, PALS, TNCC, ENPC, and BLS. He currently serves as Clinical Preceptor for MSN students at Indiana Wesleyan University and University of St. Francis.

Dustin is from Fort Wayne, Indiana. He and his wife, Kendra, have been married since 2008 and they have three children- Jack, Paisley, and Bo. In his free time he enjoys playing soccer and volleyball, and participating in Tough Mudders.

VISIT OUR STATE OF THE ART OFFICE

REQUEST YOUR NEXT VISIT TODAY!